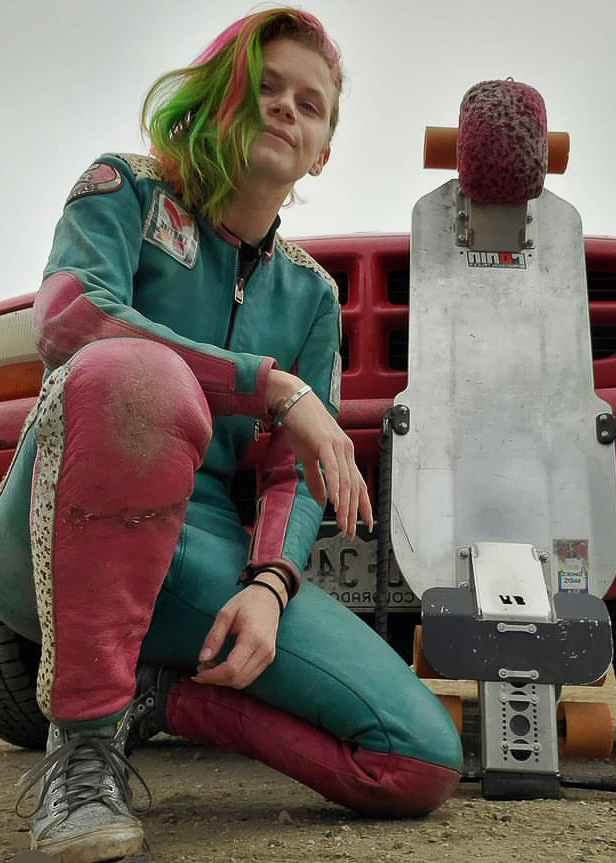 Sabrina is a resident of Southern California, where she works as a maintenance mechanic for conveyors and shipping equipment. Sabrina began to luge in 2013. She started out by borrowing every piece of equipment that she needed and was gradually able to purchase her own protective gear. Sabrina was gifted a luge during a time when there were no other women luging in the United States. This put Sabrina into racing with the men. In 2015 Sabrina placed on the podium for the first time at Santa Gnarbruh, in Southern California. In 2017, the first ever Women’s Luge race was held at the Maryhill Windwalk, in Washington State.

Sabrina is currently ranked #1 in Women’s Street Luge for the United States. This has earned her placement on Team USA. She is excited to meet new female racers from around the globe and have the opportunity to compete with them at the World Skate Games.