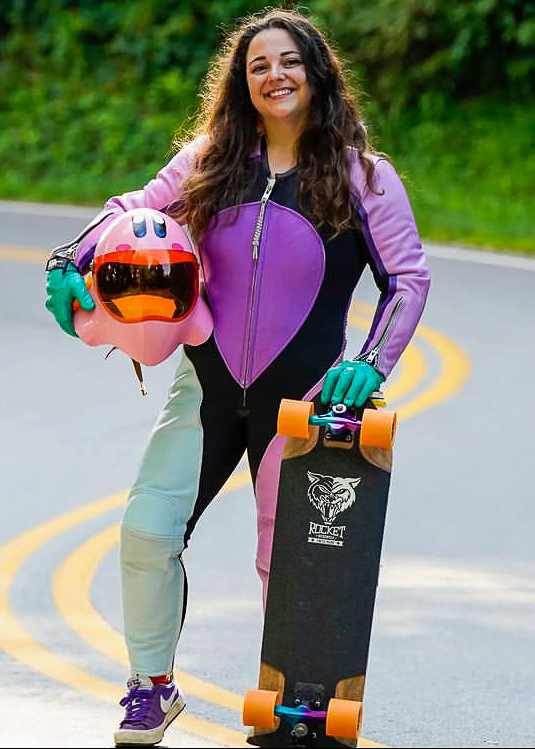 Rachel Bagels Bruskoff began skateboarding in 2012 thanks to a college longboarding club and an incredibly supportive skate community.  Coming from the glorious hills of Malibu, California, Rachel fell in love with going fast.  In 2014, she pursued racing and took off; traveling the world, participating in events, and competing in races wherever she could.  She earned many podiums, and secured top rankings internationally.

In 2019, She became part of the first-ever USA National Downhill Skateboarding Team.  She participated in the World Skate Games in Barcelona, Spain where she placed in the top 10 fastest riders and finished 7th overall.

She currently resides in Asheville, North Carolina as a pastry chef and artist.