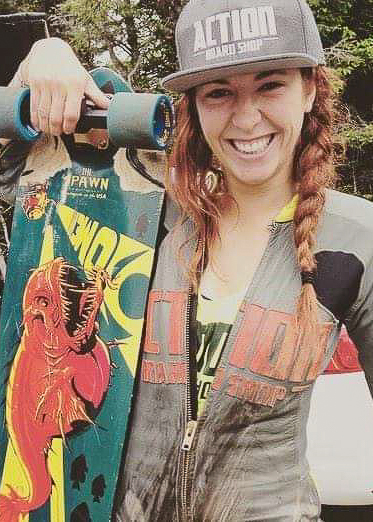 After graduating high school, Loryn purchased her first longboard with the simple goal of commuting around her college campus. Shortly after, she organized the first longboard club at her University, and the rest was history. Fueled with adrenaline, she clocked countless hours learning how to pick up speed and ride downhills.

She registered for her first longboard race in 2012 in Munnsville, New York with the goal of having a safe outlet to skate down hills on a closed road with hay bales. In 2015, she finished third in the world after competing internationally on the IDF circuit. She took a brief hiatus from competing to focus on her career in the ski industry. This past fall, she reentered the scene and raced at the Maryhill spring free ride and continued her skate journey in Vermont for the last chance downhill qualifying race, earning her spot on the Women’s US skateboard team.

After more than ten years racing skateboards, she’s beyond stoked for the opportunity to represent Team USA at the world’s skate games this fall.