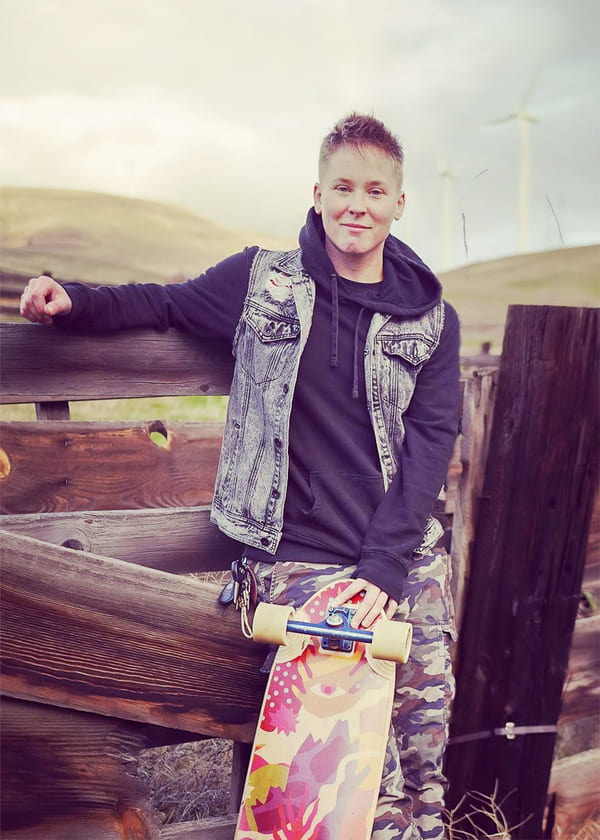 Alicia Fillback is a resident of Vancouver in southwest Washington state. She started learning downhill skateboarding at age 19 after twelve years of competitive soccer, and quickly got involved with the PDX Downhill community in the neighboring city of Portland, Oregon. She has spent many years since traveling throughout the North America to compete in races and slide jams, as well as to participate in freerides and film video parts.

She has a collection of podium achievements from races and slide jams of numerous years including the Maryhill Festival of Speed, Cathlamet Downhill Corrall, Central Mass, Guajataka in Puerto Rico, Catalina Island, Tepe and Tacos, and various outlaw events and local competitions.

Alicia rides for Seven Seals Racing Team and is proudly sponsored by Landyachtz, Caliber Trucks, and Venom Wheels. When Seven Seals Racing Team approached Alicia about being on the team, she hadn’t raced for several years. Within one year of team support, Alicia has come back with a vengeance. She is currently ranked 3rd for Women’s Downhill Skateboarding, in the USA, and excited to be competing as an athlete on Team USA at the World Skate Games.