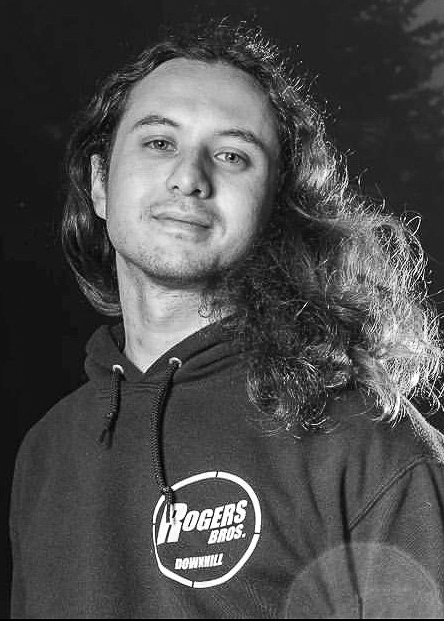 Ryan Farmer resides in the small Victorian village of Ferndale California.  Nestled deep in the heart of the giant redwoods, Farmer has no shortage of local mountain roads.  They began riding downhill and racing street luge over a decade ago, refining their abilities under the guidance of the Rogers Brothers, pioneers of the sport. Farmer is not only an athlete but a race organizer, designer, machinist,  and advocate for all things downhill.

In 2017 Farmer began their international racing career, quickly securing track records and multiple podium placements. After the tightest battle for points street luge may have ever seen Farmer took the win at the Killington world cup and won the IDF street luge world championship.  While they prefer technical tracks, there is no hesitation for high speeds with a personal best of 85 mph.

Farmer is now balancing competitions with pursuing their degree in Forestry and natural resources and working tirelessly towards a career in education. They believe the future of downhill and healthy communities in general begins with the youth. Now Farmer speaks at their local college inspiring youth to follow their dreams, continue their path of education, and never give up on their goals.

They qualified for team USA in 2019 and brought home 2 silver medals in street luge time trials and open racing, regularly showcasing their abilities as the fastest American street luge racer.